1. Unique Identification Authority of India (UIDAI), a statutory body established in January 2009 under the Ministry of Electronics and Information is solely responsible for providing AADHAR cards. 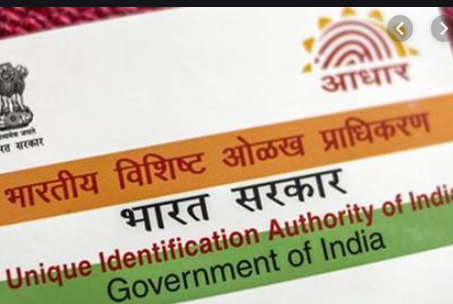 2.The second National GST Conference and Central and State Commissioners was held to streamline the Goods and Services Tax. 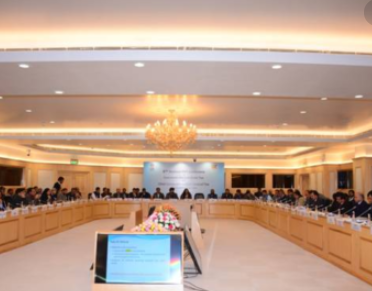 3.The Indian Data Relay Satellite System & will track Indian satellites in low-earth orbits.It is a new satellite series that plans to set up a communication system between the space assets of India. 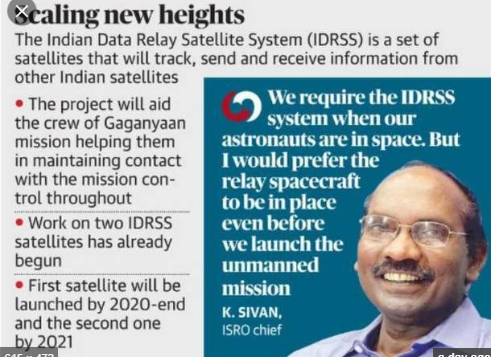 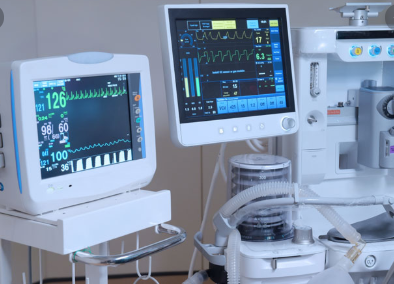 5.Vikram Sarabhai Children Innovation Center (VSCIC) will be set up soon in Gujarat. 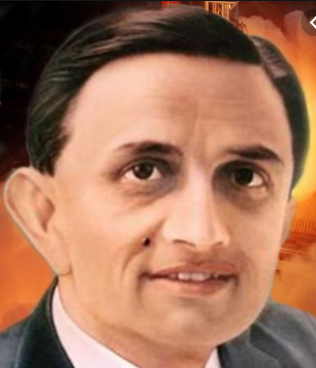 6. Iran attacks US base in Iraq:

Q2. Name the district that was awarded by United Nations International Children’s and Education Fund (UNICEF) for effective implementation of Swachh Bharat Mission in water sanitation and hygiene sectors for the year 2019 .

Q5. Name the country, which has retained the FIFA’s (Fédération Internationale de Football Association) Team of the Year for the year 2019.

Q6. For which poetry, V M Girija has been selected for the best poetry award ?

Q7. Name the railway station, which has collaborated with Airo Guard & opened the ‘Oxygen Parlour’ to provide an experience of breathing clean air and to battle against rising air pollution .

Q8. Based on how many sectors, States/UT were ranked in the first edition of Good Governance Index (GGI) ?

Q9. Which state topped in the ‘first edition of Good Governance Index (GGI)’ under the “Big States Category” ?

Q10. Find the Union Territory, that topped among the other Union Territories in the ‘first edition of Good Governance Index (GGI)’ ?

Q12. What is the length of the Atal tunnel, World’s longest mountain tunnel under Rohtang Pass located in Himachal Pradesh ?

Q13. Name the scheme that received Rs. 627.40 crore from Cabinet for 10 projects sanctioned during 2018-19 to promote, develop and harness the potential of tourism in India

Q14. Which is the only country in the world, that has hypersonic weapons ?

Q.1 Kalinga prize is given in which field

Q.2  After whom is the Magsaysay award named

- a former President of the Philippines

Q.3  Jamini Roy distinguished himself in the field of - painting

Q.4  Who won both Bharat Ratna and Nishan-e-Pakistan - Morarji Desai

Q.5  Headquarters of Botanical Survey of India is located in

Q.6  The song "Candle in the Wind " was sung by Elton John in honour of

Q.7  Who was the founder director of the TIFR (Tata Institute of Fundamental Research)

Q.8   Which amidst the following rural banks has been named after a river

Q.10  Who was the music composer who was deaf

Q.11   From which historical work were the words 'Satyameva Jayate' taken

Q.13  Ikebana is a japanese form

Q.14   Mount Everest is named after

- A surveyor General of India

Q.16   Which city in India has got a tower named after Muhammad Ali Jinnah

Q.17  Where is the headquarters of European Union located

Q.18   INTERPOL has its headquarters at

Q.19  Mushroom rocks are the typical landforms seen in

Q.20  Tropical grasslands of Brazil are known as

Q.21  Where in India can you normally spot the siberian crane in winter - Keoladeo Ghana Sanctuary

Q.22 Duncan passage is located between - South and little Andaman