1.The mega event Namaste Trump is to be held at cricket stadium Sardar Patel Stadium, also known as Motera Stadium,  in Ahmedabad on 24 February 2020.

Donald Trump Nagarik Abhivadan Samiti  will organize a high-profile public event which will include cultural performances.

A.R. Rahman along with singers Sonu Nigam and Shaan will give a special performance in the event.

Cricketing legends Sachin Tendulkar, Kapil Dev, and Sunil Gavaskar will also be present at the  event. 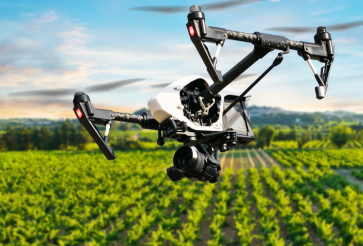 The scientist and researchers were urged to come up with new innovations and ideas to find solutions to the challenges faced by the Indian farmers.

The agriculture universities were directed to focus on developing new varieties including the pest resistant and climate-smart variants, apart from enhancing the productivity levels. Collective efforts were focused to achieve self-sufficiency in food production, that a country like India should not depend on imported food security.

It focused the need for post-harvest management and providing support to the farmers.

The conference highlighted e-NAM should be expanded to all regions in every state.


3.Haryana state government is to open Atal Kisan-Majdoor canteens in all mandis and sugar mills across the state.The announcement was made by Governor Satyadeo Narain Arya at the Budget Session of State Assembly which commenced in Chandigarh. 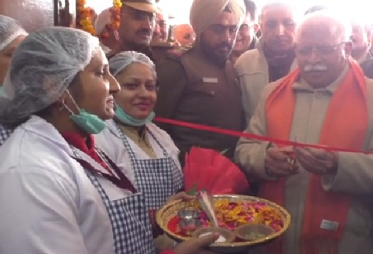 This is to provide affordable and cheap meals to farmers and labourers at a subsidized rate of Rs.10 per plate.

25 Atal Kisan-Majdoor canteens will be opened in 2020 in the state.

State  government will also provide free and concessional travel facilities to 41 different categories of residents in the ordinary buses of Haryana Roadways.

3. Which Initiative is launched by the Department of Science and Technology that aims to create strong science and technology infrastructure in India (February 2020)?

5. As per Skill Development and Entrepreneurship Ministry’s data, The Number of people trained under Pradhan Mantri Kaushal Vikas Yojana (PMKVY) from 2016-20 (till January 17,2020) is/are?

6. Which Country has declared locusts as ‘National Emergency’ after the worst invasion of Locusts causing major damage to the crops, in addition to Pakistan?

9. Amazon has partnered with Which zone of Indian Railways to set up a pick-up kiosk (a small hut) at the railway station (Jan 2020)?

10..In which state was the first passenger train started in India?

13. Who has won the Banker Magazines’ Central Banker of the Year 2020’, Asia-Pacific?