Not Registered, Join Now, It's Free! 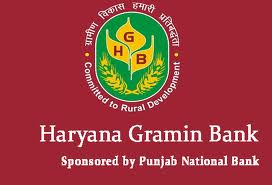 Haryana Gramin Bank (HGB) is one of the leading Regional Rural Bank (RRB) IN the State of Haryana sponsored by Punjab National Bank (PNB).The recruitment of officers & office assistants have been announced.The Head Office of RRB in Rohtak is providing banking services through more than 250 branches across 16 districts with more than 1000 employees.

The scorecards for qualifiers of RRB Common Exam 2016 have not been issued yet.The candidate will receive their scorecards in the coming weeks.

Eligibility criteria for HGB are as follows:

Prepare for other Competitive Exam